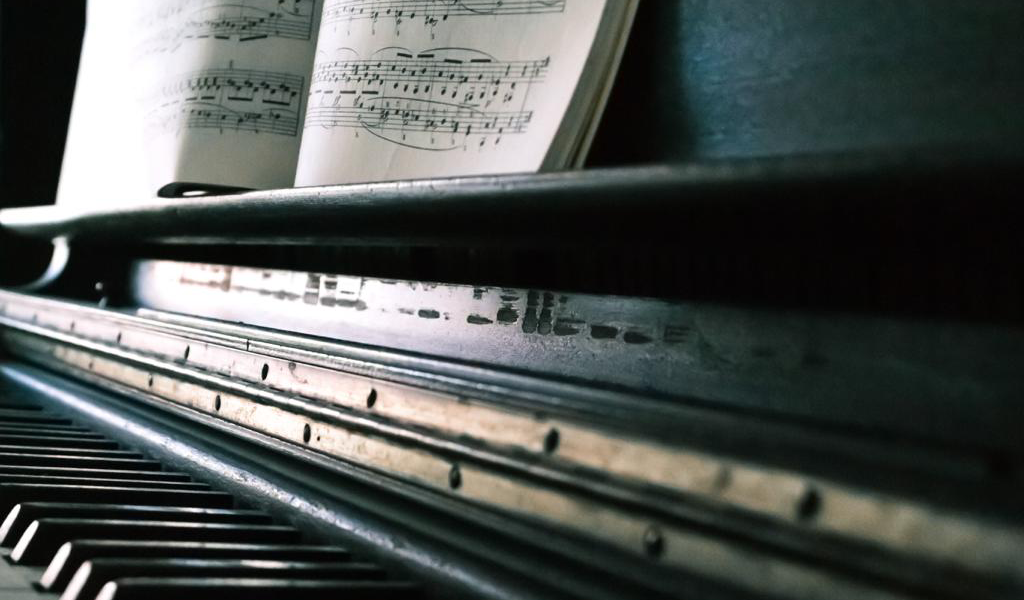 When winter approaches, I feel calm inside. My main thought is that the holiday season is approaching! So, I start my usual search for the most beautiful Holiday-themed songs to listen, to be taught to my students and that I may also sing in concerts. Whenever my research begins, I am always surprised by how many beautiful songs there are about winter, and I am not referring just to the ones about Christmas, which are certainly much better known.
So here is my new playlist: bringing back to life some beautiful songs that speak of the winter season.

My playlist begins with the duet Baby It’s Cold Outside, written in 1944 by Frank Loesser for his wife. I chose the version taken from the 1961 album by Ray Charles and Betty Carter, in which the two musicians duet creating an elegant, dreamy and at times sensual atmosphere.
In the sixties, the famous pianist and singer Ray Charles introduced this talented jazz singer not yet well known: Betty Carter, gifted with a unique timbre and a very skilled improviser who has collaborated with musicians such as Sonny Rollins, Miles Davis and Dizzie Gillespie.

There are many versions of Winter Wonderland, like the one by the Andrews Sisters or Ella Fitzgerald, but here I chose Aretha Franklin’s version for its liveliness and colors.

Written in 1934 by the pianist and composer Felix Bernard with lyrics by Richard B. Smith, the piece has become a Christmas-themed song, though the word Christmas is never clearly explicated: here the protagonist is in a snowy and dreamy landscape.

Moving on we have the beautiful River taken from the album Blue (1971) by Canadian singer-songwriter Joni Mitchell and the festive blues Good Morning Blues, here in the version of the great Ella Fitzgerald, and next the poetic song Aria di Neve.
This song, written by the famous Italian singer-songwriter Sergio Endrigo, was released on his first record “Sergio Endrigo” by RCA in 1962, along with other beautiful songs such as Io che Amo Solo Te.
Endrigo himself talks about Aria di Neve in several interviews: “it was linked to one of my love stories, which ended miserably, and that happened at a time when I was really broke”.

For this playlist, however, I chose the elegant, refined and very poetic version taken from the Fleurs album (1999) by the songwriter and composer Franco Battiato.
Also June In January is a love song, written by Ralph Rainger and Leo Robin. This song first appeared in Frank Tuttle’s 1934 film Here Is My Heart, a musical comedy starring Bing Crosby and Kitty Carlisle. In this sweet and delicate version by the singer and actress Julie London, the song tells a story of a love that bloomed in January, but that brings our protagonist back in June: “It’s June in January because I’m in love”.

After listening to the beautiful version by Brazilian singer and pianist Tania Maria of the song A Chuva Ciau (“It rained”) written by guitarist and composer Luiz Bonfà, we move on to the famous song Let Is Snow, here in this lovely short version by Fabrizio Bosso Quartet. I took the freedom to close my winter playlist with the beautiful and evocative Novembre, a song I had the honor to perform, written by the pianist and composer Alessio Falcone.
I will end this article with the lyrics from  Novembre, hoping that it will accompany you in these cold winter evenings: “But if I could stay next to you I would no longer want to know anything even if it is already November out there!”

With such a wide variety of decors and color combi

Iris by Marie Daâge is a stunning hand painted se

It is always so interesting to go behind the scene

What a joy to be surrounded by bright happy colors

Rebecca by Alessandra Home Moods is an Italian lin

I like it as a throw blanket as well, both indoor

Products that make me feel good! I really like to

The Extravecchio DOP classic balsamic vinegar by A

Love to experiment when I cook, and so I thought o

Our passionate expert for the
MUSIC section!